EMV stands for “Europay Mastercard Visa”. It’s considered a global standard in payment processing and fraud prevention. The benefits, as far as secure payments go should be obvious.

When you have literally the world’s biggest credit card providers offering a technology specifically designed to protect themselves, their clients and their customers from costly credit card fraud, there are going to be an untold number of benefits at your disposal. 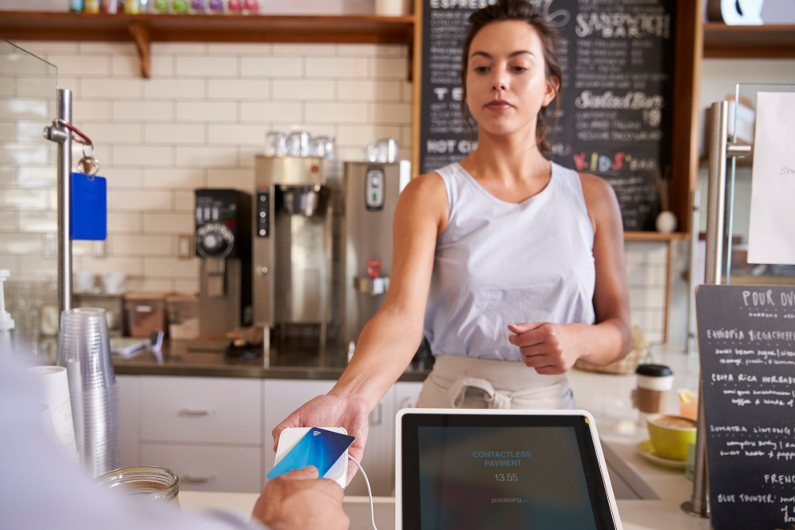 Contactless or “tap” payments are highly disputed. They seemingly eliminate the inherent security benefits of chip-card tech, because the user isn’t required to enter a personal identification number (PIN). This is a concern, but not as big a deal as it might seem to consumers and retailers alike.

The fact is, human beings want convenience. Often, they’re willing to take a few risks in order to get through that checkout line a few milliseconds (or more) faster.

It’s foreseeable that contactless payments will be the norm, rather than the exception in the near future. Contactless EMV is convenient for the client, as they don’t have to stop and put a PIN in for their card. For instance, they merely have to hover their smart device or chip card in proximity to the mobile debit card reader to pay.

EMV payments can be built into any chip card or NFC (Near Field Communication) enabled device. For instance, many cars are now adopting EMV technology to allow payments through Esso’s SpeedPass and other common mobile payment facilitators.

For the merchant, lines are kept moving more quickly; EMV is instant. The payment process takes up a huge portion of time in most small and large businesses. Even thirty seconds on average per customer can add up to an hour or more in wasted time for a business over the course of a day — time that could be better spent servicing all a customer’s needs.

Many consumers feared contactless or “tap” payment technology when it first came out. The big fear being that banking info was being transmitted in the same way a wireless Internet signal is sent through the airwaves.

Wireless signals are known for being easy for savvy criminals to hack, so security is a definite valid concern. However, contactless EMV payments are single-use codes transmitted to the terminal that contain no information that can be used by a criminal to make another payment.

“Skimming” magnetic stripe cards is virtually useless when it comes to payments made from devices, and tap-enabled chip cards are virtually impossible for a criminal to clone (which is why chip + PIN is still the most secure payment method). Traditional magnetic stripe cards, on the other hand, are easy to clone and capture data such as banking info and the user’s PIN.

Being that modern contactless technology will be nearly impossible to hack in the foreseeable future, this may end up saving credit card issuers, payment gateways, service providers, and the merchants who accept payments untold millions (even billions) of dollars, as time goes on.

The big issue with anything related to money transfer from one source to the next, is that hackers and criminals in general will always look for ways to intercept or clone payments, and otherwise look for ways to exploit technology to their financial betterment. When a technology that’s hard, nearly impossible to replicate or exploit is released, payment processing becomes much easier to facilitate without the fear of fraud occurring. 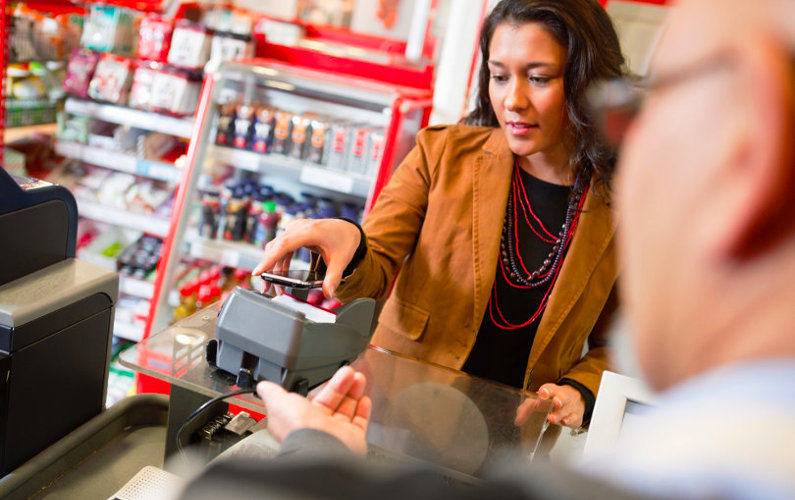 With all the benefits that come from contactless payments, retail merchants can pass the savings on to their customers. Those using traditional payment methods can be offered the same loyalty and coupon-based benefits that they already are, of course. However, clients paying through a mobile wallet app can be offered the saving your business accrues via a mobile-payment-centric loyalty plan.

Accepting that contactless EMV tech is going to save your business countless dollars in the long run means you can pass those anticipated savings to the customers now, thus encouraging more loyalty. Consider a typical 5 percent discount for your loyal customers now, versus being able to offer 10 to 15 percent (without significant profit loss) knowing that the customer is saving you now on labor, and indefinitely on technology upgrades and expenses related to chargebacks and lawsuits resulting from credit card fraud.

As mentioned earlier, there’s numerous loyalty and cost benefits to accepting contactless EMV payments. The great thing about contactless technology is that it lasts much longer. Chip cards last longer because their wearable magnetic strips are not being swiped.

Customers can transfer their payment provider details from one device to another seamlessly, completely protected via their PIN and encryption technology offered by their bank/credit card provider and phone, along with the security offered by single-use code NFC communication methods.

The future isn’t 100 percent clear as to the long term viability of contactless EMV technology. While it appears to be the direction everyone is going, there’s always the unknown to consider. When it comes to money matters, there will always be a battle between the righteous and criminal elements of the world.

It appears, though, all opinions point to contactless EMV payments being the way of the future for all. Certainly the benefits laid out above make it a smart move for any consumer or business to adopt.

Adapt or die, as the old saying goes!

Previous Post: Branding Mistakes That Your Business Must Avoid
Next Post: How to Decide Which Entity Is the Most Beneficial for You