Radiation is an energy produced from unstable radioactive elements, or from machines. It has the ability to move from its source to other locations and into people in form of energy waves or energized particles. Radiation is powerful energy, and it’s one of the most harmful forces on earth, with several health issues associated with over-exposure.

Radiation is broadly divided into two categories based on the level of energy they vibrate. There are non-ionizing and ionizing radiation. Radiation is caused as a result of some processes, and each type of radiation has unique characteristics and features. As such, each type has varying degrees of harm they can cause the human body when exposure occurs. 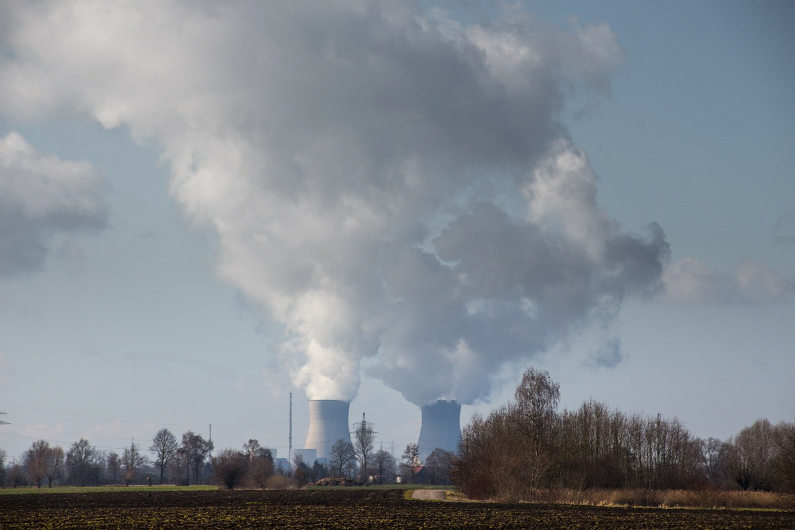 In this article, I will discuss and explain the top 5 causes of radiation and also explain how harmful each radiation can be to humans. As a responsible corporate partner, it’s your job as a business owner and human to to everything you can to protect employees and the public from harmful radiation.

This is a radiation source that contributes much of the common radiation human beings come across every day. A common cause of electromagnetic radiation is caused by lighting systems, although it’s relatively insignificant. This type of radiation is associated with spectrum and frequency.

Electromagnetic radiation is also caused by radio transmitters and some radiation from mobile phones and gadgets. Radiation can destroy and damage brain cells, and also cause the rapid loss of hair. The damaging effects of this radiation make it important for people to stay off them as much as possible.

Make sure to turn off the lights in your business when the day’s over. Further, installing motion activated in uncommon areas can further reduce electromagnetic radiation. Encourage your employees to “unplug” from their phones and devices whenever possible.

This is a very powerful and dangerous radiation that’s emitted from an unstable radioactive element. It has higher energy and penetrating power than alpha and beta radiation, and poses a lot of danger to people who are exposed to it. Gamma radiation can penetrate human clothing and skin to destroy living tissues inside the body or damage DNA composition.

In general, you’ll already be aware of it if it’s present in your workplace, and will already be using a product like that from Stemrad. Unless your office is situated on top of contaminated soil, or you or an employee are struck by lightning, gamma radiation isn’t generally a concern unless you’re running a nuclear power plant or high-powered physics experiments.

This a radiation that is ionizes as a result of positive particles emitting from a collision of the heavy and unstable radioactive elements: Uranium and Radium. These elements release positively charged particles as a result of decay of their atoms. Alpha radiation is less of a risk because it cannot penetrate the “healthy” skin or body of humans.

However, it is extremely dangerous when radioactive elements emitting alpha radiation get into the human body through cuts or any other means. They can cause very deteriorating damage to cells, and DNA when they get into human body.

The only concern you should have with alpha radiation outside a physics lab is cigarette smoking. While second hand smoke will contain very trace amounts, it’s though to contribute to lung cancer. Encourage your employees to stop or cut back on smoking, and keep designated smoking areas far away from the office, and other buildings.

This radiation forms from small negatively charged and fast moving particles, caused and emitted from decaying or unstable atoms of hydrogen-3 called Tritium, strontium-90 and Carbon-14. The beta radiation is faster and quicker than alpha radiation while they also possess better penetration ability than alpha radiation.

The penetration ability pose serious danger to human skin by penetrating it and causing skin burns. The health effects of beta radiation when it gets into human body is very disastrous as it can destroy and damage a lot of internal organs.

Beta radiation actually exist in many every day items, such as certain recycled metals, kitty litter (not a joke), glowing lights such as those found on the instrument clusters of cars, and fluorescent lighting. These are all in trace amounts, rather they’re considered safe and unavoidable for most. Fluorescent lighting is proved to reduce productivity and make people ill. Consider converting to daylighting, if nothing for the productivity and overall health benefits, if not for the radiation risk. 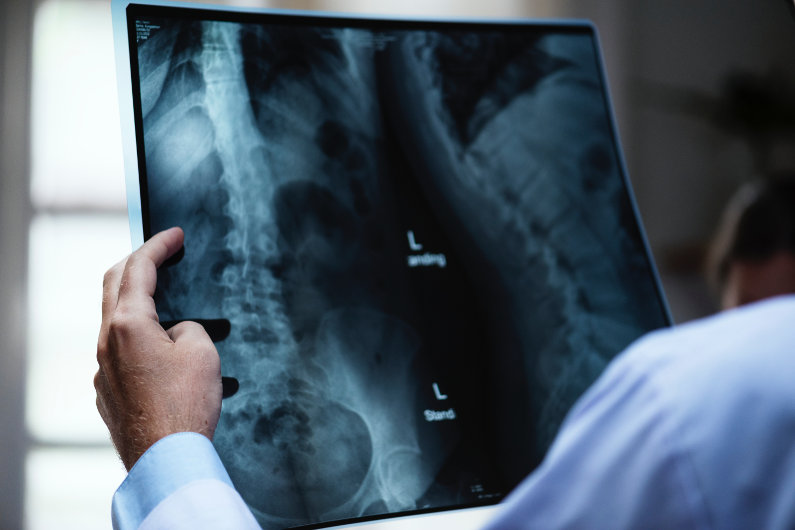 This is a very common and popular radiation used in medicine to scan internal organs for examination or evaluation. This radiation is of pure energy and is generated from a scanning machine. X-ray has a lower penetrating power to gamma radiation but must be well controlled when used to take pictures of bones or tissue of human in the hospitals.

This type is unavoidable if you break something, obviously. However, it’s not a risk to office workers or really anyone working in any industry outside medical care workers who’re constantly around x ray machines. This is why you might have noted in your own experience that x ray technicians usually leave to a separate room before turning these machines on to examine you.

Previous Post: How to Successfully Outsource Your Marketing Efforts
Next Post: The UK’s Population will Reach 70 Million by 2026: How will The Economy be Affected? (Infographic)