Just like the television and the phone, video games have also changed dramatically over the years. From large games in arcades to portable games you can take anywhere you want to go, the gaming industry has witnessed a variety of innovations. Learn more about some of these incredible changes as you take a look at a few of the top milestones in gaming history.

In 1966, Sega released a submarine simulator and light gun shooter game called Periscope. Although Periscope is considered one of the earliest arcade games, it technically wasn’t a video game because it used rear image projection to create a moving animation. Arcade games then hit peak popularity in the 1970s and 1980s. However, when home-based video game consoles started to become more popular in the 1990s, the golden age of arcade gaming came to an end.

Although arcade games fell to home gaming consoles, they did introduce the world to one of the first forms of multiplayer games. In the 1970s, different restaurants around the country started to install arcade games to capitalize on the new craze. Since players could record their high scores using their initials, these arcade games soon sparked competition among people. At this point, multiplayer gaming was still confined to players competing on the same screen. However, in 1973, the game Empire was created for the PLATO network system and became the first game where players could compete on separate screens. 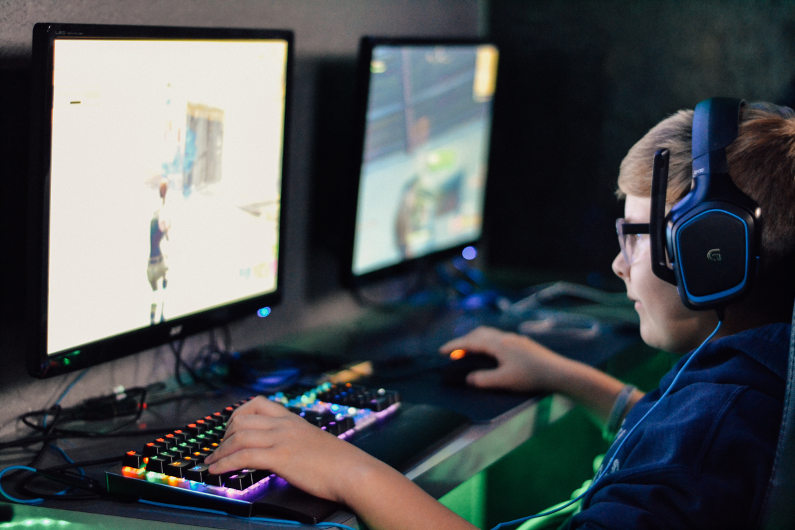 For years, gaming engineers saw the possibilities of using telephone lines to transfer information between consoles. Atari was actually the first company that managed to do so. William von Meister unveiled CVC GameLine for the Atari 2600 at the 1982 Consumer Electronics Show. This groundbreaking device let players download games and software onto their Atari console using a cartridge and fixed telephone connection. This invention ultimately paved the way for further innovations in online gaming in the 1990s.

Real voice chat is one of the latest changes to hit the gaming industry. With real voice chat, you’re able to play multiplayer games with your friends and communicate with them in real time. This is especially helpful for strategy games where you need to work together. The technology is becoming so advanced, some options simply require you to plug in a pair of headphones with a microphone and you’re ready to go. Just like Sony changed the music industry with its Walkman, Nintendo changed the gaming industry with the Game Boy. Nintendo released the Game Boy in 1989 and showed that players could take some of their favorite games with them wherever they went. Although the original Game Boy could only display games in four shades of gray, it supported interchangeable cartridges, which let players easily switch games depending on what they wanted to play.

From those first pixelated games to the sleek games we now play online, the gaming industry has gone through some major developments over the years. These top milestones have changed the industry and the way we currently play video games.