Whether it’s a creamy berry quinoa parfait or a mediterranean morning scramble washed down with an avo-shake, power breakfasts are all the rage. Long gone are the days when Del Trotter could classify as a young urban professional. The fictional Only Fools and Horses star referred to himself as a ‘yuppie’, indulging in a combination of Pina Colada, Castella cigars, and cooked full English breakfasts on a daily basis. If the wheeler dealer from Peckham were to try and fit in with the health-conscious business men and women of the 21st century he would struggle.

That got us thinking — what exactly do high-flying professionals of 2019 want to see served up, particularly when they visit corporate events? Let’s be honest, the entire success of the day might hinge on the mid-afternoon buffet, so for a catering company, deciphering between Danish pastries and dauphinoise potatoes can prove crucial. 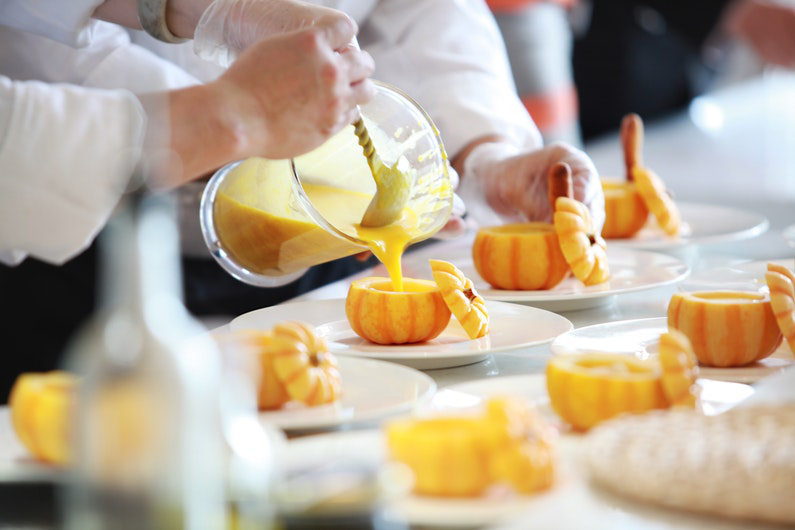 Here, with Flogas Shop, suppliers of gas for BBQs, we run you through our top seven quirky catering ideas for corporate events.

Guys, we won’t beat about the bush here — chances are that cheese and ham, or egg and cress, despite being an often-scrumptious comfort food, aren’t going to be enough to blow the minds of your guests. However, that doesn’t mean the traditional lunch choice of sandwiches is somehow defunct. In fact, there exist a number of fillings that will get heads turning and bellies rumbling, although plain white bread probably won’t make the slice.

Spicy roasted shrimp with chipotle avocado mayonnaise, or fiery Mexican BLT on a freshly baked sourdough, are just two of our favourites that will ensure you get empty plates all round. Or, if you want to take your sandwich expression to the next level, call upon Philadelphian eatery, Elsie’s, for some inspiration. Have you ever found yourself wishing you got a bit more bite (of pickle) for your buck? Well, using Elsie’s method that won’t be a concern, as this deli substitutes bread for the brine-soaked vegetable!

We don’t expect you to serve up traditional English breakfast tea with your funky sandwiches, therefore call upon the likes of a lemon drizzle or Turkish apple-infused hot drink. And to finish — well, we don’t think anyone would begrudge a well-baked slice of Victoria sponge.

This concept featured in the wedding day of Prince Harry and Meghan Markle. Much like Ronseal, bowl food does exactly what it says on the tin. Featuring somewhere between the unfulfilling canopy and the food-baby delivering main course, bowl food can feature any cuisine and is served in a hand-sized dish with a small fork. As a serving method, this is perhaps the most ideal for a corporate event as it allows people to continue mingling, rather than be restricted to one table.

If you’ve got your guests in for breakfast, the trad-fry-up has somewhat lost its appeal in recent years — but this is exactly where bowl food comes into its own, stepping up, and away from the conventional norm. Layer the base of your bowl with pan fried spinach, and top it with tomatoes, avocadoes, and poached eggs — add sliced chipolatas and lardons to cater for the meat eaters among us. After this, the multiple minds will be fueled for the rest of the day, and the creative juices more than flowing.

If you’re hosting your event in winter, don’t be afraid to serve up something a bit more homely. A small portion of steak pieces, carrot, parsnip, onion, and root mash will trump most competition. However, a Christmas time vegan favourite is curried chickpeas with roasted brussels sprouts. Mix the dish up with radish, avocado, sweet potato and tahini, and serve over a base of quinoa. 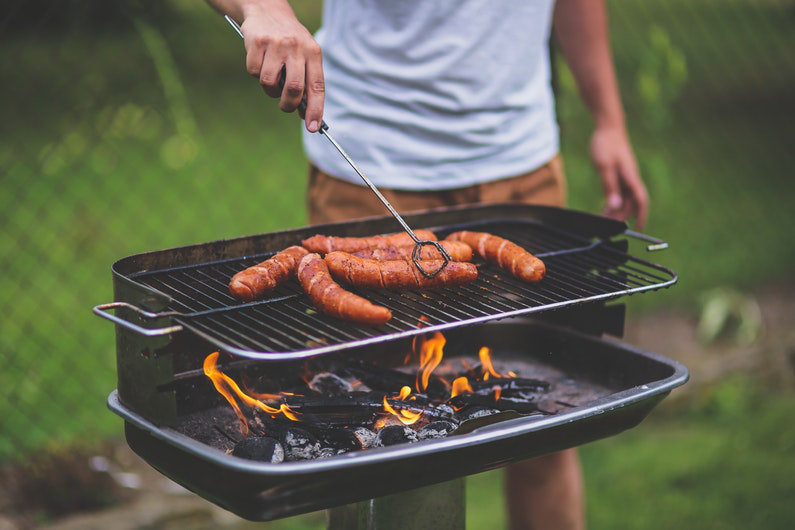 Take some inspiration from our Australian counterparts and take the catering outdoors. Okay, admittedly, this one might take a little longer, but we can guarantee it will reap rewards. Full of omega 3 and scientifically proven to be good for the brain, the humble fish is a popular choice among young professionals. Jamie Oliver has coined a fantastic recipe of barbequed trout wrapped in newspaper — incredibly high in protein, it will prove to be a hit with any of the health conscious too. Alternatively, if you want to take things ‘truly Down Under’, you can’t do much better than shrimp on a stick, on the barbie!

Of course, you aren’t limited to a seafood barbeque. Breakfast has proved to be successful cooked on the grill at events in recent years, as has the popular vegetarian dish, halloumi and tzatziki.

Arguably Britain’s most favourite dish, chicken tikka masala actually originated in the UK, developed by the South Asian restaurants here. Spice up your event with some traditional Asian culture and draw upon the combination of intense flavours. The Curry Squad, a company based just outside of London, has been bringing its street food sensations to the people of the capital for the past six years. Drawing upon their vast knowledge of flavours from cities such as Bombay and Lahore, the chefs offer an authentic Indian experience. Some of their specialties include ‘bhaji bites’, ‘popping candy gol gappas’, and ‘amritsari rajme chole’.

Fire it in the Pan

The beauty of paella, particularly at the likes of a major event, is the fact it requires minimal effort, can produce a taste explosion, and can be incredibly cheap to make. Grab some frozen seafood mix, risotto rice, chorizo sausage, lemon and lime, and herbs and spices — it really is up to you. Fortunately, with paella, you can get creative as it really depends on the taste preferences of the guests. White or red wine can be added, but bear in mind the rest of a creative afternoon before dashing half a bottle in.

This might be a concept that has never graced your presence before and frankly, we wouldn’t be shocked. A clover in the foam of a pint of Guinness always appeared to be somewhat of a sneaky marketing ploy as you indulged in the first sip. However, if you are trying to conduct a bit of subliminal messaging, this might be exactly what you’re after. Stencils can be used as a way to write your company or organisations name in coffee, or call upon the likes of Branding Irons to develop a customised food stamp. Bagels, burgers, and pancakes will never be the same. 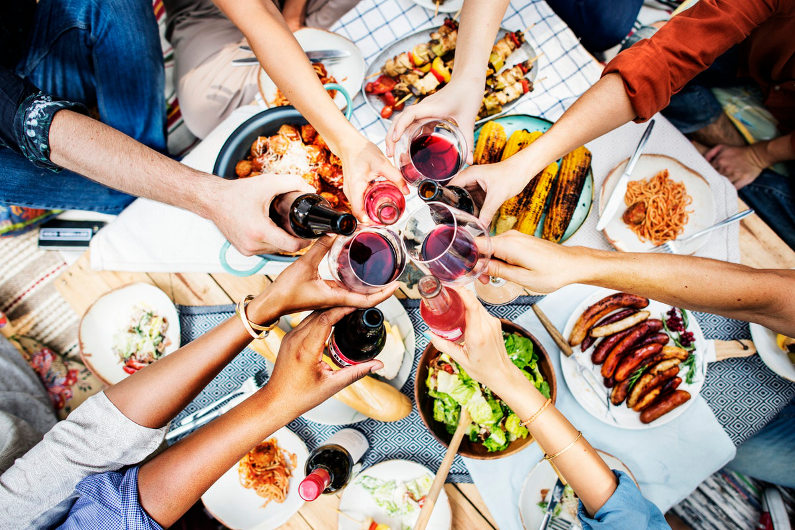 You’ll need to have the MET office on your side for this one, so we would strongly suggest having a contingency plan in place, if, like Travis, it always rains on you. You can pull it out of the bag with a wicker basket, complete with blanket, cafetière, and a selection of Danish pastries.

Why not step it up a notch and cater for the increasing population of vegans and vegetarians by adding some animal-friendly treat options to your menu. These days there have been interesting vegan recipes be shared across the internet and there are some world favorite nibbles now become vegan such as chocolate and beer.

Above, we have run through seven of the numerous ideas you can apply to your next corporate event — in this dog eat dog world, it is all about success, and that is exactly what these concepts will deliver!