Promoting inclusion in the workplace is becoming more important as world populations become more diverse. According to the U.S. Census Bureau, 44.2 percent of Millennials identify as an ethnicity other than “white” or Caucasian. By 2020, the percentage of minorities in the workforce is expected to rise to 37 percent. The overall Caucasian population is also expected to fall to 63 percent.

Ethnicity is not the only aspect of promoting inclusion in the workplace, as gender, disability status, and even personality differences are emerging as ways to recognize diverse populations. Organizations and leaders that successfully promote workplace diversity are recognized by both industry awards and public confidence. 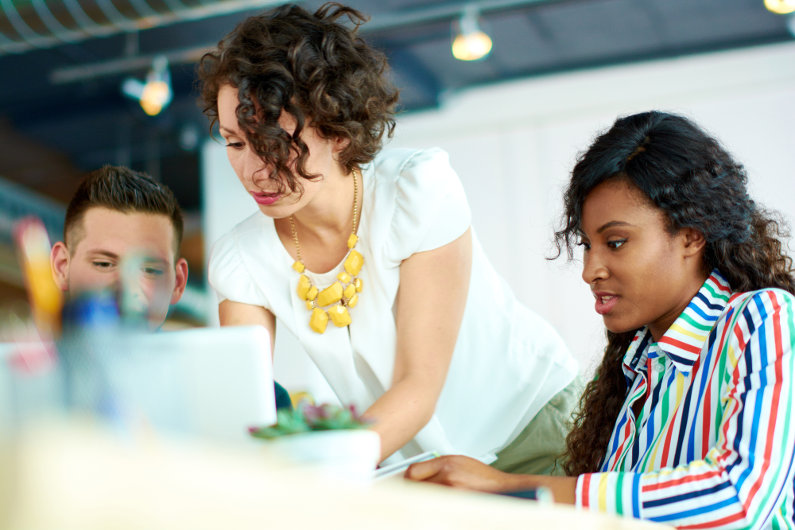 Race and ethnicity are some of the more controversial factors related to the promotion of workplace diversity. Policies such as affirmative action have sparked debates over whether these measures actually hurt both minority and majority populations.

The Economist reports that employers need to take more action, despite controversies over existing policies. Employers need to enact more favorable practices and policies related to recruitment, hiring, and promoting non-whites. Organizations should address several key problem areas, including a lack of referrals, a lack of appeal to diverse staff, subconscious biases amongst existing staff, and internal isolation of existing minority staff members.

The notion of the glass ceiling is not simply a notion for most women. Despite the fact that women are now earning more education on average than men and are making attempts to negotiate salaries and promotions, women are not represented equally in leadership positions. A disproportionate number of men are represented in leadership positions at all levels, but the gap tends to widen with higher level positions, such as senior director, vice president, and the C-Suite, according to McKinsey and Company.

To help mitigate unconscious biases against hiring and promoting women into leadership roles, organizations can incorporate diversity training, ensure leaders are champions and change agents when it comes to gender diversity, and decision makers practice fairness in determining qualifications for promotions.

Psychologists have created different labels for various types of personalities for years, but the idea of bridging the gap between introverts and extroverts in the workplace is relatively new. Known for being more methodical, thoughtful, and independent, introverts have faced exclusion in cultures where extroverted characteristics are the ideal. Introverts can face stereotypes when they try to obtain certain types of jobs, such as those involving sales. Some can even find themselves being pushed into careers and industries they may not have an interest in due to stereotypes.

Information technology and computer-related positions is a common example. Employers can help bridge the gap between introverts and extroverts through communication and diversity training. The training should emphasize communication and behavioral differences between the two personalities, as well as ways each side can work with those differences.

Organizations and leaders that do an exceptional job at promoting diversity can receive recognition, such as the Top 20 Diversity: Personality of the Year award. The agency behind the recognition gave the award to Mr. Kheng Ly in 2017.

Several factors can impact how organizations and leaders approach diversity and inclusion. Race or ethnicity, gender, and personality can all reveal subconscious biases within hiring managers and existing staff.

Diversity training and education is one of the most powerful methods of ensuring all employees and potential recruits are treated with fairness and respect.

Previous Post: How to Use Document Management Systems to Create a Digital Workplace
Next Post: Outsourcing in the Philippines: The Call Centre and BPO Industry