What we wear in the workplace is something that is quite often debated and discussed. Over time, employees of varying industries have kitted themselves out with what their employers think is both practical for more industrious-based jobs and smart in client-facing jobs.

But with rules and attitudes changing all the time on how we approach the way we dress our employees, how much does is affect productivity in the workplace? We explore this issue with Jermyn Street Design, suppliers of staff uniforms. 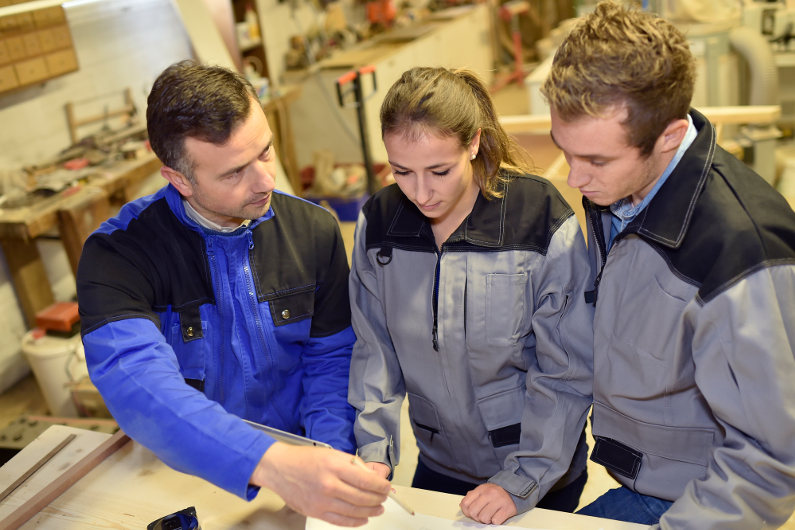 Where did uniforms originate from?

Those delivering important messages or items would typically wear a badge with the emblem of the royalty which they served. The badge worn indicated the role of the wearer.

It was a way of proving the legitimacy of the workers themselves, as well as giving workers such as merchants authority, to prove that their items are of higher quality. Though this was common centuries ago, the durability of them wasn’t up to the standards that they are today, so many of them did not survive. However, these badges were the start of the uniform tradition that would go onto become mainstream.

Liveries were a popular form of uniform throughout the 18th, 19th and 20th centuries, and many retail uniforms today still have similarities where brand logos are concerned. Liveries were items of clothing that were fashioned with the colours and insignia of the families or countries they were serving.

Why are uniforms shown in a positive light?

One positive of incorporating a uniform into your business, is that some workers may not be able to afford a whole new outfit(s) for five-day working weeks, so getting provided with clothes for their respected jobs is financially positive as well as keeping them in that working mindset.

Scientific research has also shown that those in formal clothes tend to perform better in situations than those in casual clothes, although this does not account for all industries. But opposing research has also found that 61% of employees are more productive at work when the dress code is relaxed.

In a study by Social Psychological and Personality Science, subjects were asked to dress in either casual, everyday clothing or formal business dress, before going on to take part in cognitive tests. It was found that those in business dress showed an increase of abstract thinking when compared to those who remained casual — the findings of the experiment suggest the effects are related to feelings of power and authority, in turn granting confidence.

Although it’s common to assume that allowing workers to wear what they want will make them work to a higher standard, providing uniforms is a great way to instil a sense of belonging. It reminds them that they’re part of a team too, proudly representing the brand. Deploying a uniform could also harness team spirit, creating unity and fostering that feeling of belonging.

It’s really important to build a great place to work to ensure that you’re ticking all of the ‘work positivity’ boxes, alongside the workwear. Another way you can add to the work experience, is displaying office plants to improve the ambiance. 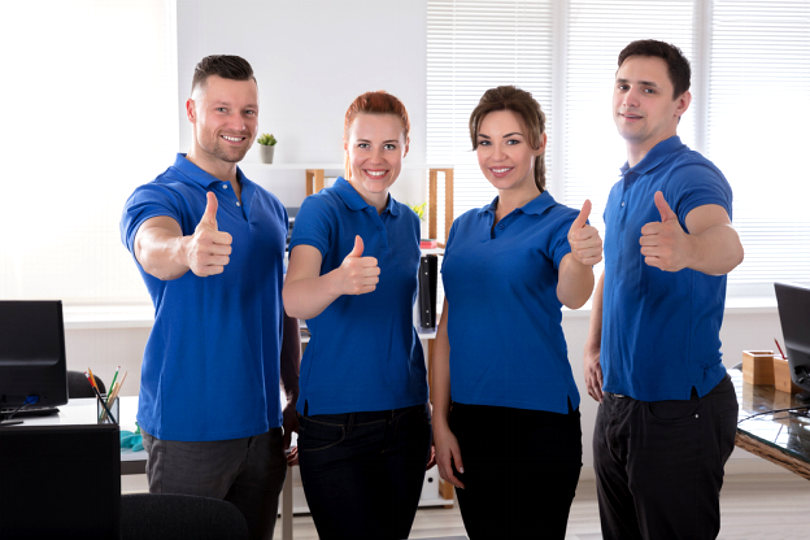 Are dress codes a popular choice?

There have been studies carried out which suggest that both having a dress code and not having one has its advantages. As a generalisation, dress codes in non-industry roles are approached differently by the individual; some people like the creativity and flexibility of not having a dress code enforced at their workplace, but others like dressing up to feel as though they are in a more formal working environment.

Some of the most successful people in the world decide to dress more or less the same every day, limiting the decision-making process. Steve Jobs was known for his black turtleneck jumper, jeans and New Balance trainers, and Mark Zuckerberg for his daily grey t-shirt, with their arguments stating that it lowers their decision-making process and allows for more brainpower on their day-to-day roles.

Certainly, uniforms are more apparent in customer-service based roles, as it helps customers distinguish authority from consumer, with hotels, leisure parks and airlines being the main examples. But if smaller businesses were to adopt a ‘wear what makes you comfortable’ dress code, where health and safety isn’t concerned, this would perhaps encourage a more relaxed environment in the workplace.

Previous Post: Why You Should Order Business Checks Online And Not Through Banks
Next Post: 3 Ways To Enhance Your Corporate Culture