Superheroes are ridiculously awesome; I think we can all agree on that. But what if they had to work normal jobs like us average, non-super people?

Would they be able to cope with working 9:00 – 5:00 like Dolly Parton and us? Maybe, maybe not; but that’s not what we’re here to find out. We want to take an educated guess at what they’d be good at in the real world. 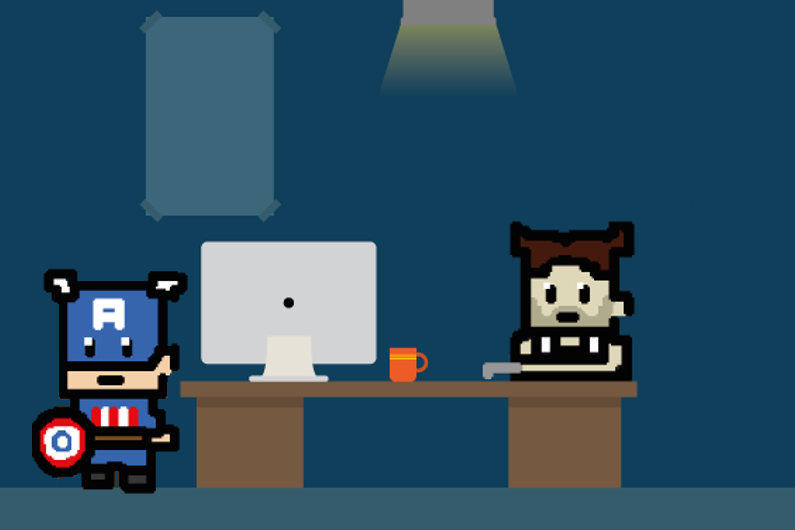 Without a doubt Nick Fury would be in some sort of directing, managing job. We could always use him as a director, who wouldn’t? He was the founder of the Avengers after all.

Hawk eye’s attention to detail and supervisory skills, he would be a Supervisor and he would be amazing at it. I don’t think it even needs anymore explanation, other than he’d be great at keeping an eye over everyone.

Along with his crazy genius mind, Professor X can also get into the mind of anyone he wants – unless they’ve made another metal hat like the one Magneto has… This makes him perfect for marketing roles!

Next up is Captain America. Obviously he would be in a managing role due to his extensive experience in the military. Captain America would work hand-in-hand well with a clever warehouse management system. It would be like having two planning geniuses within one business.

Kind-natured and patient (when he wants to be) Wolverine would be the ideal candidate for dealing with customers – over the phone. Note that this would all be phone-based because somehow I can’t see his customers being happy after his giant metallic claws came to say hello!

Iron man is well-known for his money-achievements and high risk taking attitude, which is why he would fit well in the Operations team. As the Operations director he would be in charge of taking care of the money transactions and dealing with stressful situations.

This one sounds like a bit of a down-grade from his usual fighting-crime jobs, but Spiderman would clearly be the most efficient box packer there is. It’s a much more important job role than you’d think. Without box packers, we would never be able to send out products to customers. Then what? There’d be no business that’s what.

We all know how tiny Ant man can shrink himself to. For those of you who don’t; ant size and if you really didn’t already figure that one out then you need to watch the film. Getting back to the point, Ant man would be perfectly sized for Quality control. He could shrink himself, check every inch of the product and give it the all clear.

So Hulk wouldn’t really have a job per-say, he would be the job. Well, sort of anyway; he would be a forklift!

Groot and Rocket are everyone’s favourite duo, to quote Miley Cyrus back in her Hannah Montana days, they’re ‘the best of both worlds’. The muscles and the brains. For this reason, they’d be the cherry pickers.

Check out the Superhero Workforce infographic published by People Vox:

Let us know who you’d hire for what job and we can compare our ideas. In any case, it would be pretty epic to be able to say that you work with Superheroes all day!

Previous Post: Why Should You Use Open Source Software? (Infographic)
Next Post: 8 Things to Consider When Choosing a Virtual Office