Accounting for 12 per cent of total UK good exports, there is no denying that the automotive sector is of significant importance in regard to a stable economy.

In fact, the UK automotive industry has an annual turnover of more than £82 billion, employing more than 186,000 individuals within the manufacturing process, and a further 700,000 in the wider automotive field. 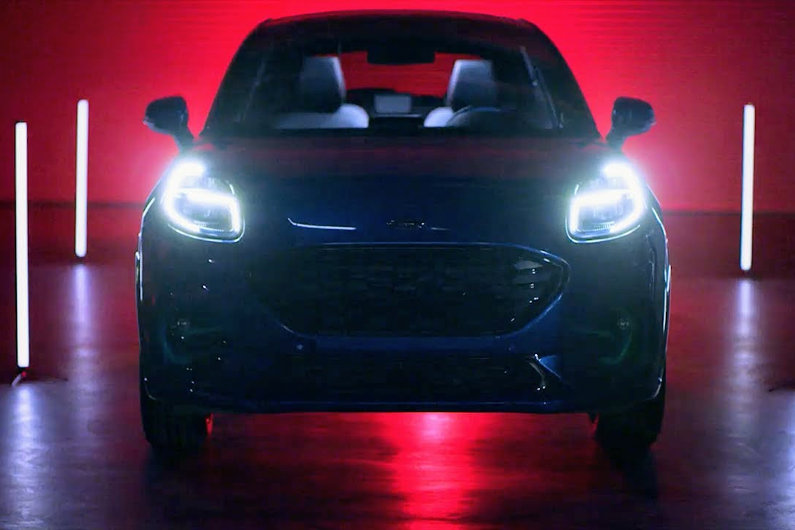 One specific area within the automotive industry that garners considerable investment is marketing. Although there are occasions when we are driving past a car showroom and a shiny used Ford Fiesta catches our eye, it is a rarity in 2019. For those among us that try and suggest they aren’t sucked in by an utterly fantastic marketing campaign — they are telling a fib.

On the other hand, retail outlet John Lewis has seen its Christmas television advert become somewhat of a staple of the festive period. In 2018, the campaign paid tribute to British music cult hero, Elton John.

The advert begins with a packed-out concert hall and the pop star playing a present-day rendition of one of his most successful songs, ironically titled Your Song. Travelling through time, letting the audience act as witness to the variety of eras in which the song has been played, it finished with a young Elton playing his first piano.

Interestingly, none of the advert, nor John Lewis’ adverts in the past number of years, relates directly to the retailer — but they get you thinking.

A marketing campaign’s goal is to make you remember it and more importantly, who delivered it. For the remainder of the festive period, the British public were driving to work and doing the dishes, humming the tune to Your Song, and when they were, they were thinking about John Lewis.

For a new product, the launch is crucial. Despite the fact an all-singing, all-dancing media campaign will not be enough to mask the incompetency of a below par product, an impressive one accompanying a genuinely capable product will succeed in boosting sales.

In this article, we take a look at the way car manufacturers invest in the launch of new products, and whether they opt for a subtle or direct approach.

Isn’t it nice when things just work? This was the tagline from Honda’s advert for their brand-new Accord.

The advert, which exists as one of the most visually intriguing media materials of all time, follows a Wallace and Gromit-style contraption through what appears to be a particularly lengthy, vacant gallery.

Viewers look on in awe as a domino-effect style chain sees a range of car parts collapse into one another, causing them to keep knocking another part over.

Honda’s sales in Europe had, prior to the launch of the campaign, been unimpressive. The video however was incredibly well received, collecting a host of awards, including one at the Cannes Lions International Advertising Festival. Honda sales, in turn, jumped by 28 per cent, and the monthly number of Honda branch visits rose from 3,500 to 3,700.

The advert did cost the Japanese manufacturers £1m and 606 takes from the camera over four days of filming. Again, there was little of the video that focused on the vehicle itself however, the advert got engraved in the minds of its viewers.

Every Friday at the Skoda offices, or so rumour would have it, staff tuck into a slice of cake in tribute to what has been hailed as one of the greatest automotive television adverts of all time.

Some cars do look incredibly pleasing to the eye, but it isn’t very often that one would look at a car and think, “that looks tasty”.

In 2007, Skoda called upon the help of eight master bakers to make a life-size cake in the shape of their Fabia vehicle. Madeira cake, Battenberg, Rice Krispies, chocolate fingers, and oil, in the form of golden syrup, were all moulded together to create undeniably one of the most expensive cakes of all time.

The Czech car manufacture spent the equivalent of 62 Skoda Fabia’s on creating the cake. Tragically, by the time the icing and filming had been complete, most of the edible aspects of the cake had perished.

In comparison to Renault, this approach cantered significantly around the car itself, albeit a marzipan alternative. Accompanied by Julie Andrews’ My Favourite Things, the advert watches the chefs at work, creating an utter masterpiece.

Back in 2002, Thierry Henry was three years into his career with the Gunners and despite a slow start, things were going swimmingly to say the least.

The club’s top goal scorer in two seasons and two Premier League trophies to his name wasn’t a bad haul. However, breaking the hearts of Manchester United fans wasn’t the only job Henry had on his hands, or shall we say, feet. Thierry had been tasked by French manufacturer Renault to find the true meaning of ‘va va voom’.

The advert, which placed the striker in the-then brand-new Renault Clio, a vehicle that had established a connotation of being feminine in the past, was particularly impressive, as it didn’t focus much on the physical attributes or capabilities of the Clio. Instead, it took a young, rather dashing sporting icon, and delivered a stylish message to the masses — the Clio is for everyone.

Digital marketing professionals often say you can only do something once before it ultimately loses its appeal. In the case of Henry, Renault were clearly so impressed with his performance at the helm, they drafted him back in to chip in with the 2019 Premier League season adverts on Sky Sports.

As a business, you need to think about how much you’re going to invest in your marketing campaign when launching a new product, how much it is going to cost, and how much you are going to benefit.

Previous Post: Gaining a Career in the Snowsports Industry: Do you Have What it Takes?
Next Post: How to Effectively Manage Hazardous Waste in your Business