It’s an exciting time for start-ups. With technology moving at such a rapid speed, there’s always something new on the horizon. And there’s no better feeling than knowing that you were onto something before it was cool. So, if you want to be ahead of the curb, here are six startups who you should start paying close attention to, because what they’re doing is bound to be the next big thing.

With sustainability on every innovator’s mind right now, this start-up is trying to see how we can consume less of the world’s resources in what we eat. Founded by Ethan Brown in 2009, Tastes Like Chicken is aiming to create the most chicken-like non-meat product on the market, doing a one-up on all of the other (admittedly rather foul tasting) meat substitutes on the market. And, with financial backing from The University of Missouri and the founders of Twitter, they might just do it.

When you were a kid, you probably loved playing with clay. But, one of the problems facing the producers of computer animated films and entertainment, is that the software that has been developed doesn’t provide that simple method of creating 3D objects, they have to use complex mathematical formulae instead. Which doesn’t seem fun. Leap Motion is trying to develop virtual sculpting software that will make creating virtual 3D objects child’s play.

Imagine if the actual POINT of Facebook was to stalk strangers. That’s pretty much what Tinder is, a dating app that uses the information on your Facebook profile to connect you with complete strangers. Launched by four Californian entrepreneurs in 2012 (three of whom were desperately looking for a date), this app has grown to become one to watch in 2013. 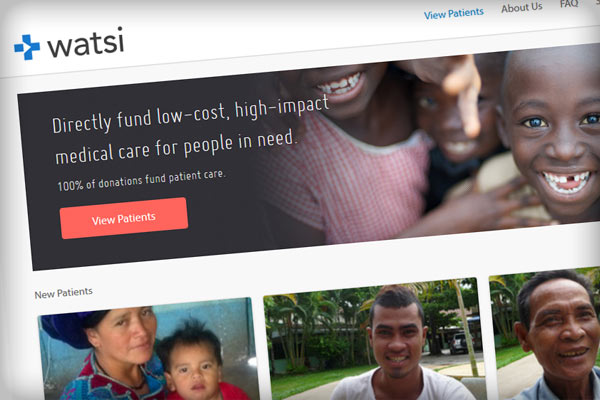 In 2011, Chase Adam came home from the Peace Corps and decided that there had to be a better way to help the millions of people across the world that die each year from preventable diseases. Enter: Watsi. Watsi is a service that provides crowd funding for medical care, working with 13 hospitals around the world to give lifesaving medical care to those who need it. This is a start-up that will make a difference, that’s for sure.

The world of fitness apps has exploded in recent years, but Fitocracy brings something a little bit different to the table. It is a workout tracker with a social network element that brings together fitness fanatics who live close to each other. With over a million users already, this startup is one to watch – plus, it will encourage you to want to get healthy and earn more points. Gamers will swoon over this one.

If your phones and music players are all cordless, why do we still keep our chargers tied to our walls? That’s the problem that an Israeli startup Powermat has managed to solve, by creating a small, wireless power solution. And this business is growing, having bought out Finnish rival, Powerkiss, in 2013.

About the Author: Frances Lucy is a student from Sydney who writes this blog post for www.tgc.com.au, a commercial real estate company serving Sydney, Australia region.

Previous Post: Words of the Wise: Expert Advice for a Road to Success
Next Post: 5 Infographics Showing You the Roadmap to Startup Success