The world is producing an estimated 2.12 billion tonnes of waste each year, with future estimated expected to hit 4 billion by 2100. Legislation and government action can only get us so far, and so, there are pockets of people all around the world who are looking to take matters into their own, creative hands. 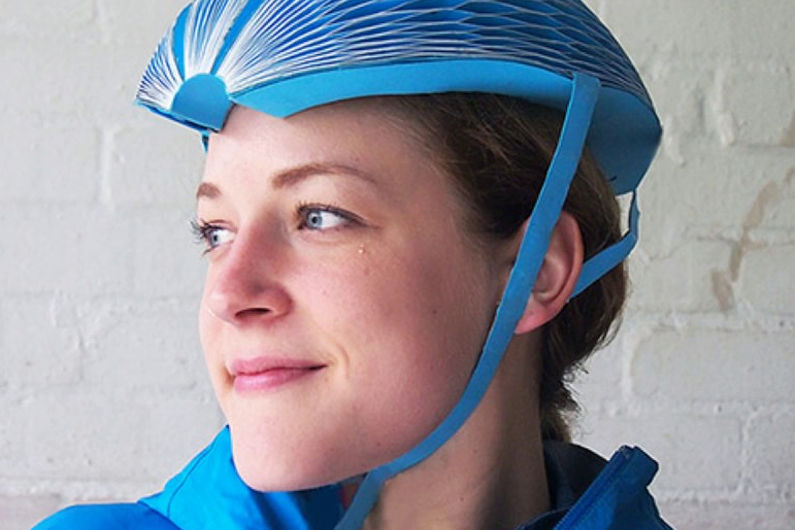 We’re joined by Reconomy, a leading cage tipper company who can aid businesses with responsible waste disposal, to take a look at the talented minds behind some of the most unique recycling initiatives around the globe.

Paper waste is piling up, even with many places trying to go paperless. In fact, you might be surprised to hear that the amount of paper sent to landfills each year could fill an estimated 103,000 double decker buses — but EcoHelmet is making it its mission to recycle paper and put it back into better use.

A reported 90% of cyclist forgo a helmet, particularly when renting or taking part in a bike-share, which is a huge risk. Based in New York City, EcoHelmet offers cyclists an inexpensive way of riding by using a folding helmet that can be recycled at the end of a person’s ride.

The unique honeycomb structure makes the recycled, waterproof paper helmet strong enough to withstand a blow. The beauty of the helmet is that you can fold it flat and that one size fits all.

The EcoHelmet can be made at a far lower price than regular helmets. The helmet can be easily disposed of unlike other helmets. For example, it takes 500 years to break down styrofoam helmets and they never truly decompose!

From toast to tipple: Toast Ale

Bread is staple of both UK kitchens and UK bins. Although 12 million loaves are sold on a daily basis, 44% of bread is wasted, which has presented itself as a significant contributing factor to the epidemic food waste crisis here in Britain.

There’s only so much waste bread that can be fed to the ducks (and actually, we shouldn’t be doing that!) so Toast Ale is here to take our bread-waste crisis. The company has teamed up with bakeries to take away their unsold bread and turn it into beer. The profits go to charity too!

Armed with a simple recipe and a mountain of bread, Toast Ale has gone from humble beginnings in 2016 to a hit around the UK. Once the bread has been delivered to the team, it is then sliced and dried in the oven at around 90°C for an hour. Then, it is crushed into the size of croutons.

The grains are the soaked in 15.7 litres of 67°C water, mixed, covered, and left for an hour. The liquid is then drained while rinsing the grains with water at a temperature of 78°C to remove any additional sugars — this should be done until you’ve reached 25l. Use around 20l of water and this will remove any tannin tastes.

The grains need to be brought to a boil, and then 5g of German Hallertau Tradition is popped into the mix at the 90 minute mark to give the brew a bitter note. This can balance the caramel notes from the bread and the papaya and mango notes from the aroma that is added later. If you’re interested in trying your own, the full recipe is available here — there’s a whole science behind it!

Turning trash to treasure, a company in the Netherlands has created a brilliant way to reuse plastic bottle tops; they create unique skateboards out of them, known as wasteboards. An estimated 20,000 plastic bottles are produced every second and a lot of this is ending up in our oceans leaving devastating impacts on marine life.

Wasteboards also instils a community spirit by having teams of people collecting the plastic caps from various places, like businesses and events, in order to use them as raw material for their skateboards. Each board is made by hand and the design doesn’t shy away from what they’re made from — which is part of the appeal to its main demographic; young people who want to do their part in saving the planet.

There’s a fine craft that goes into every wasteboard. Bottle tops are collected from popular events across the city — or sometimes fished from Amsterdam canals by a professional plastic fishing company. After that, caps are then placed in different positions within the mould to create a basis of the design.

The bottle caps are placed in a mould, with different colour combinations making available. But every wasteboard is unique, as the caps are allowed to melt in any way. The special baking technique used also allows the bottle tops to keep their original look and characteristics. After some time to cool off, the boards are then assembled and ready to be sold.

Previous Post: How Has The Retail Industry Become More Inclusive?
Next Post: Whats in Store for Franchises?